The image of a Slavic beauty 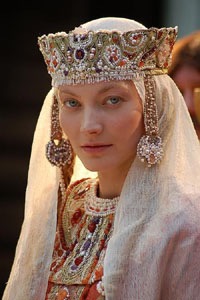 The image of a Russian beauty is quite recognizable. It is a kokoshnik, rich fabrics, a lot of jewelry. Here is the most interesting thing - jewelry used to serve not only and not so much for beauty purposes. Many of them carried a sacred meaning - they served as talismans and amulets.

Besides, one could easily determine where the woman was from, which family and what social position she had by her clothes and jewelry.

Let's use the historical reconstructions of the artist Oleg Vladimirovich Fedorov, which he made on the basis of archaeological research.

What the ancient Slavic women looked like, how they dressed and what jewelry they wore from the 11th to the 13th centuries. 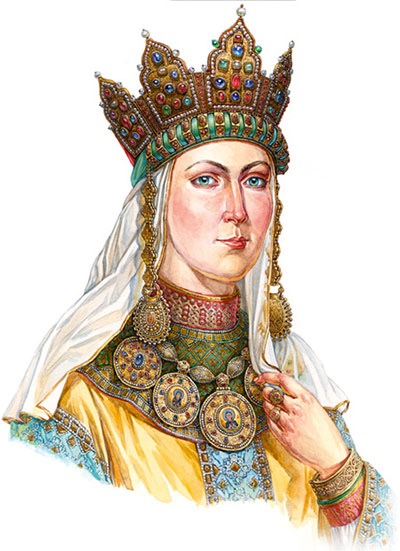 A Grand Duchess in a ceremonial dress, late 12th - early 13th centuries. This image was recreated based on materials from the treasures of Old Ryazan of 1822 and 1992 using an overhead coronet with a Bogolyubskaya icon of the Mother of God. 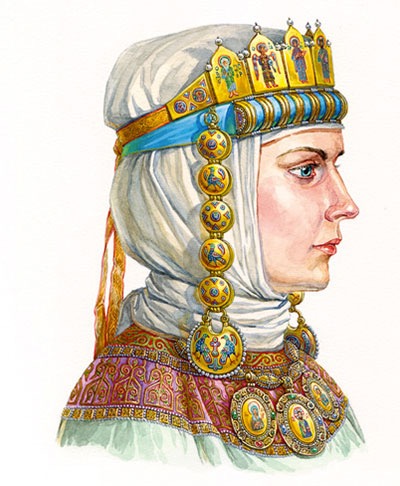 A Russian dutchess in an enamel headwear with a diadem and kolts, second half of the 12th century - early 13th century. The image was recreated based on the materials of the Kiev treasures. 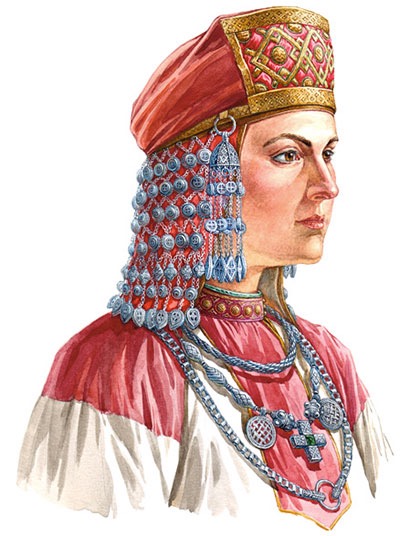 A Slavic woman in a headwear with bell-shaped pendants and a mesh-bottom. The image was recreated based on materials from the treasures of Old Ryazan and Novgorod land, second half of the 12th century. 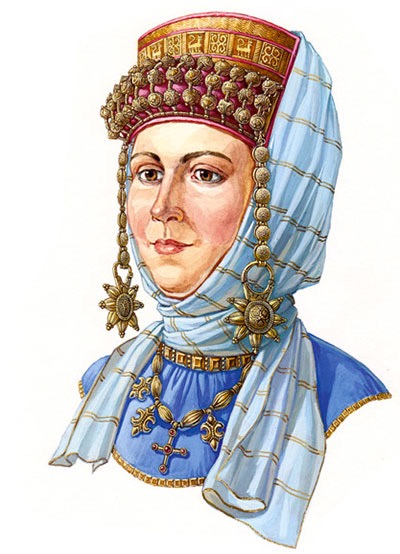 A Russian woman in a headwear with kolts on ryasny and a headband, second half of the 12th century. Please note that Slavic symbols are intertwined with Christian ones in jewelry. 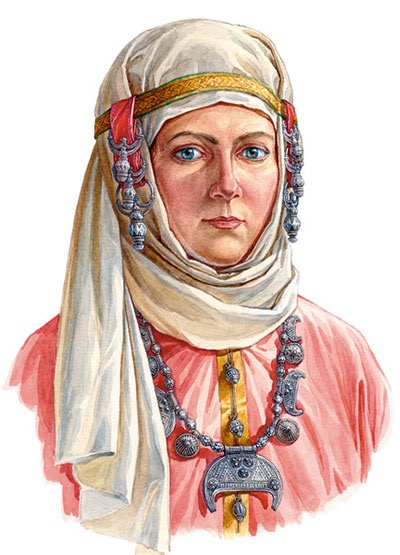 A woman in a headwear with cluster shaped earpieces, late 10th century- early 11th century. Based on materials from treasures from Gnezdovo near Smolensk. 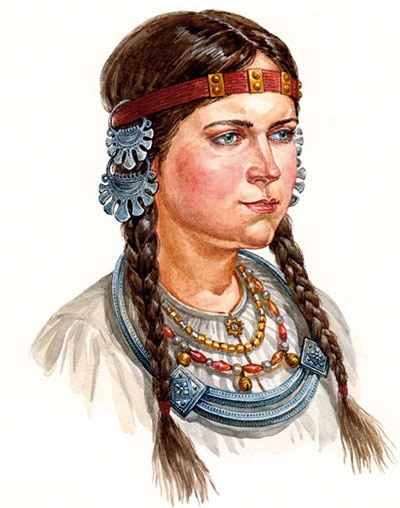 A vyatichi girl in full headwear, which includes temple rings and a neck ring. The image was recreated based on materials from the Vyatichi mounds, late 11th - early 12th centuries. It is interesting, that it is Vyatichi who are native Muscovites - many burial mounds (ancient cemeteries) have been found on the territory of Tsaritsynsky and Filevsky parks and in the Vladimirsky region. 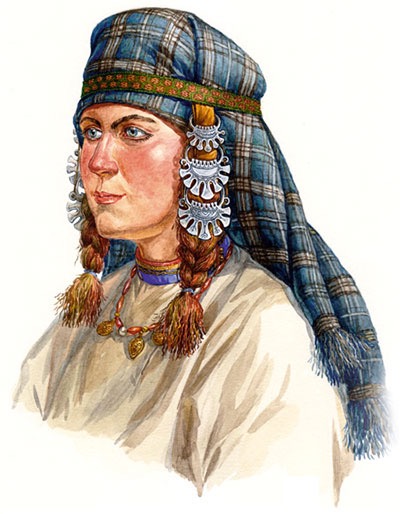 This is also a Vyatichi woman, but a married one. Traditionally, married women covered their heads. A woman in a ribbon headwear with temple rings. The image was recreated based on materials from the Vyatichi burial mounds from the Moscow region, late 12th century - 13th century. 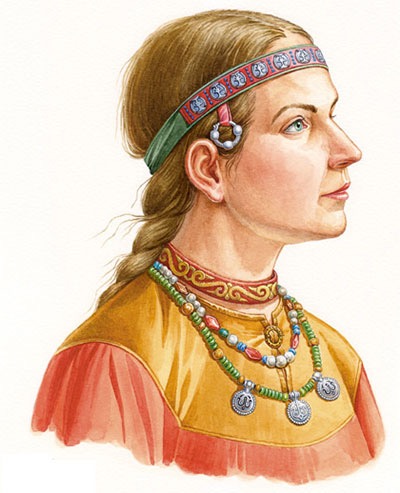 The restored image of a girl from Yaroslavl - late 12th - early 13th centuries. The image was reconstructed based on materials from the Department of Conservation Excavations of the Institute of Archeology of the Russian Academy of Sciences. 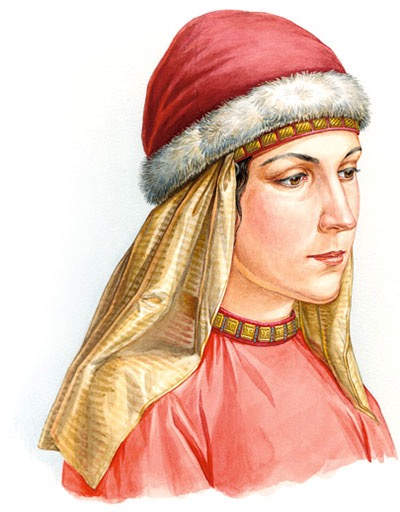