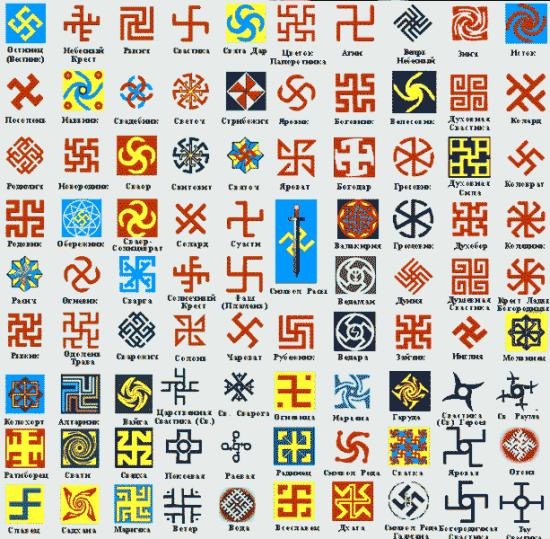 Symbols for the Slavs were simply of great importance. It is the symbols that carried the main semantic meaning in both magical and priestly art.

At that time a symbol was not just an icon, or a decoration, or a rune, but a set of sacred meanings and magical effects.

In other words, symbols in the paganism of the Slavs had, first of all, a magical meaning, and only after that - an aesthetic one.

Against different spirits that could bother a person, they used various conspiracies and wore amulets-talismans; in folk art, many ancient symbols - talismans have survived, by depicting them on clothes, dishes and dwellings, one could drive unwanted spirits away.

These symbols include images of the sun, fire, water, plants and flowers. 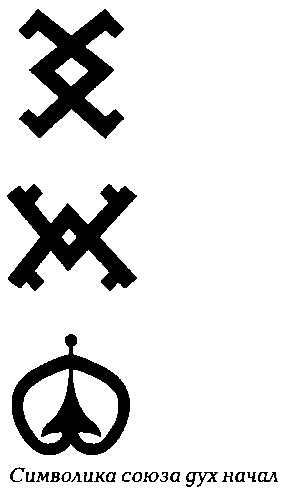 The symbols of the union of two principles were very popular: man and woman, day and night, Earth and Heaven, Prav and Yav. 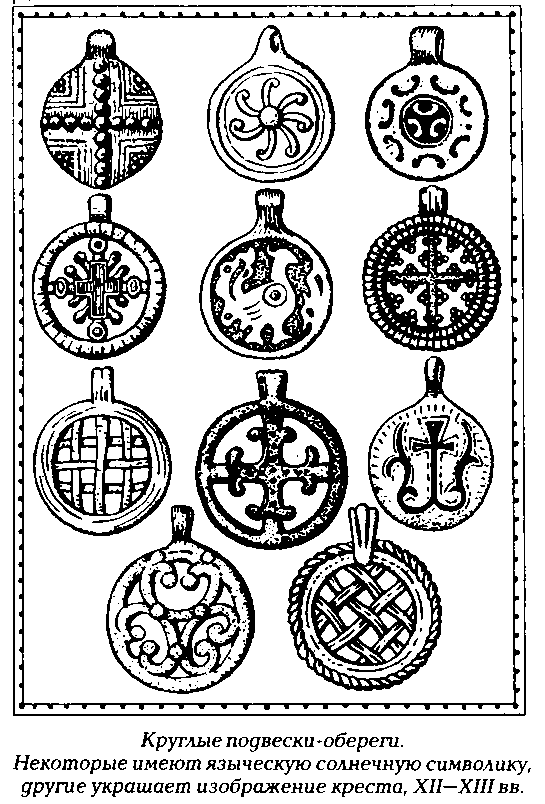 The symbols of the sun, the most important and powerful deity, were very important.

But these symbols specifically hurt our eyes, because they are swastikas. It was this main symbol that Adolf Hitler appropriated for himself, and now it is a symbol of fascism for us.

The classic Sanskrit name for the swastika comes from the Indo-European root "su / swa", which means "associated with the good." Let us recall the bird Mother Sva (the protectress of Russia), the god Svarog, Svarga - the habitat of the light gods of Slavic myths. The word "light" (Russian: svet) also refers to the same root. The Slavs called the swastika a kolovrat or solstice.

Presumably, the motif of the symbol (a cross with bent ends) first appeared in Eurasia during the Neolithic period and, possibly, symbolized the movement of the sun across the sky. The swastika is still a sacred symbol in religions such as Hinduism, Buddhism, Jainism and Odinism. It is often depicted on the temples and houses in India and Indonesia.

Sacred symbol of the sun in different versions. Despite the ancient origin, these are ready-made pendants, and besides aesthetic pleasure, they also carry a sacred meaning

Look how interesting this is - amulets with symbols of both earth, and women, and space, and sprouts are represented here on the photo. 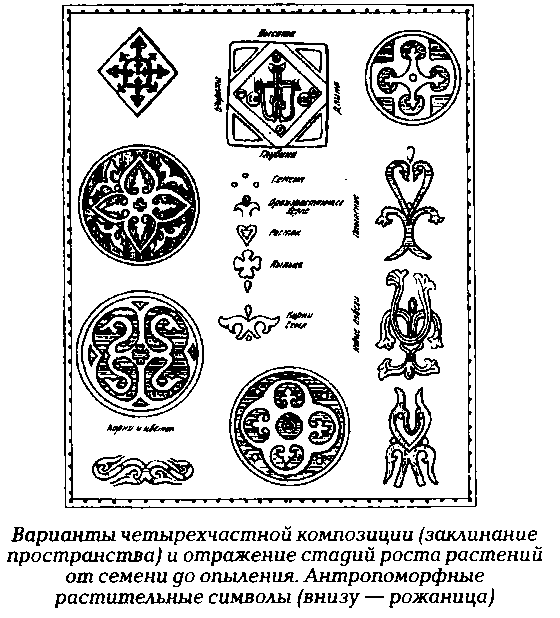 Another important symbol is the “Gromovik”. The Slavic God Perun is known even to those who are familiar with the Slavic mythology just a little bit.

The symbol “Gromovik” is traditionally associated with this God of Thunder. First of all, this symbol is known for house carvings, where it was often carved in order to protect a wooden structure from heavenly fire. This symbol is predominantly a male one, which symbolizes the image of a defender. 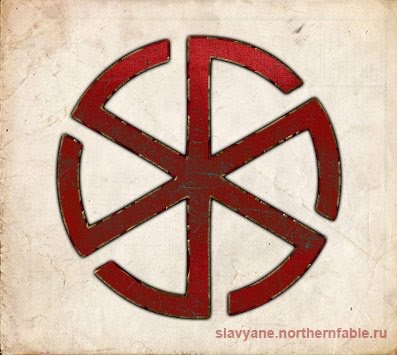 The Ladinets symbol is the talisman of the goddess Lada. The meaning of this symbol is a soft feminine protective power. The symbol is often depicted with soft ends. "Ladinets" symbol helps to balance the external and internal, for example, to find a balance between family and work. 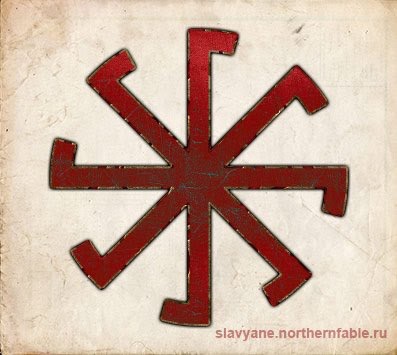 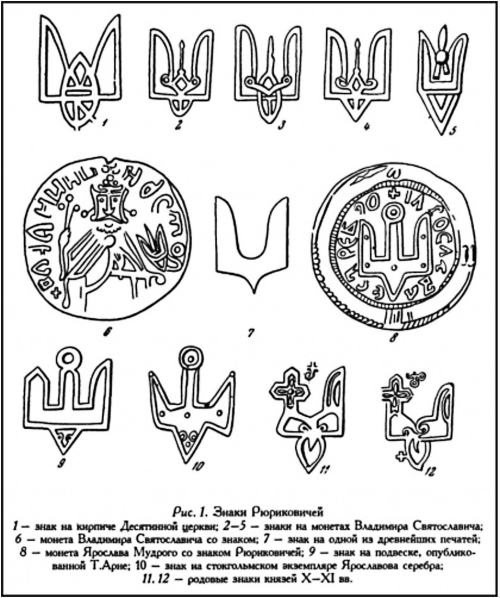 The image of the falcon was very honorable and important (remember Bright Finist, the Falcon). It symbolizes freedom, victory, superiority, protection. For a man, this symbol means the ascent of the spirit, the fulfillment of a karmic duty to the clan. 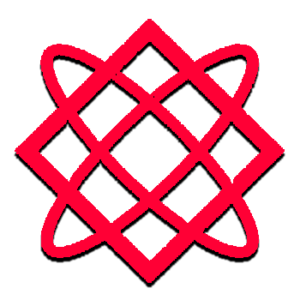 Another traditional female protective symbol was the star of Lada, the patron goddess of love and family. This amulet was credited with the protection of motherhood, since it contains the power of mother's love. 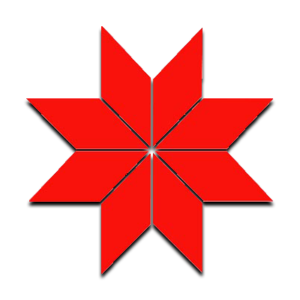 The symbol "Alatyr" has the following meanings: the unity of the four elements, the unity of the world, the primordial fire. This symbol belongs to the X century, it was first discovered at the Troitsky excavation site in Novgorod. 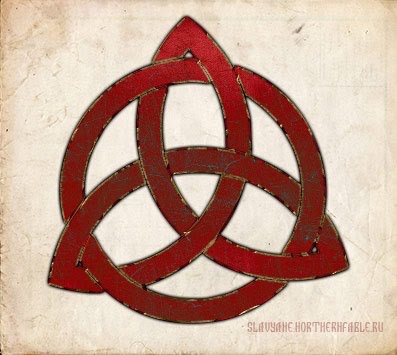 The symbol "Triglav" is a very important symbol of the trinity of divine principles. It can be found on stone and clay items of as early as the 2nd century BC. It was repeatedly recorded as part of the decoration of religious buildings with stone statues. 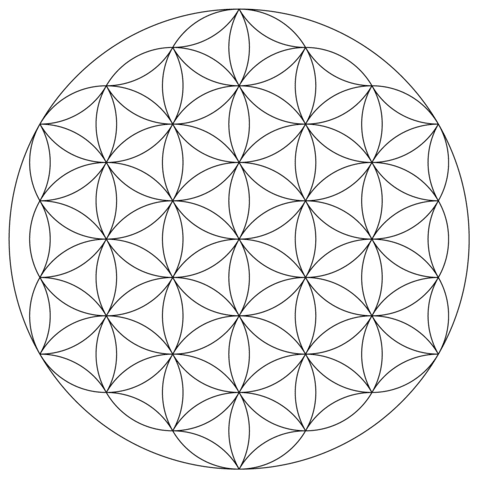 The plant symbolism of the Slavs and their meaning are inextricably linked with rebirth and with the eternal cycle of life. Images of the Flower of Life have been found on numerous finds of household items from various eras. 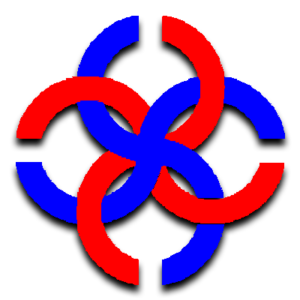 All Slavic symbols can be conditionally divided into the following groups:

🖤 connected with the elements and indicatiing natural phenomena

🖤 symbols of the Gods

The most important thing to say about all these symbols is that they have always been aimed at uniting the spirit and body of a person.