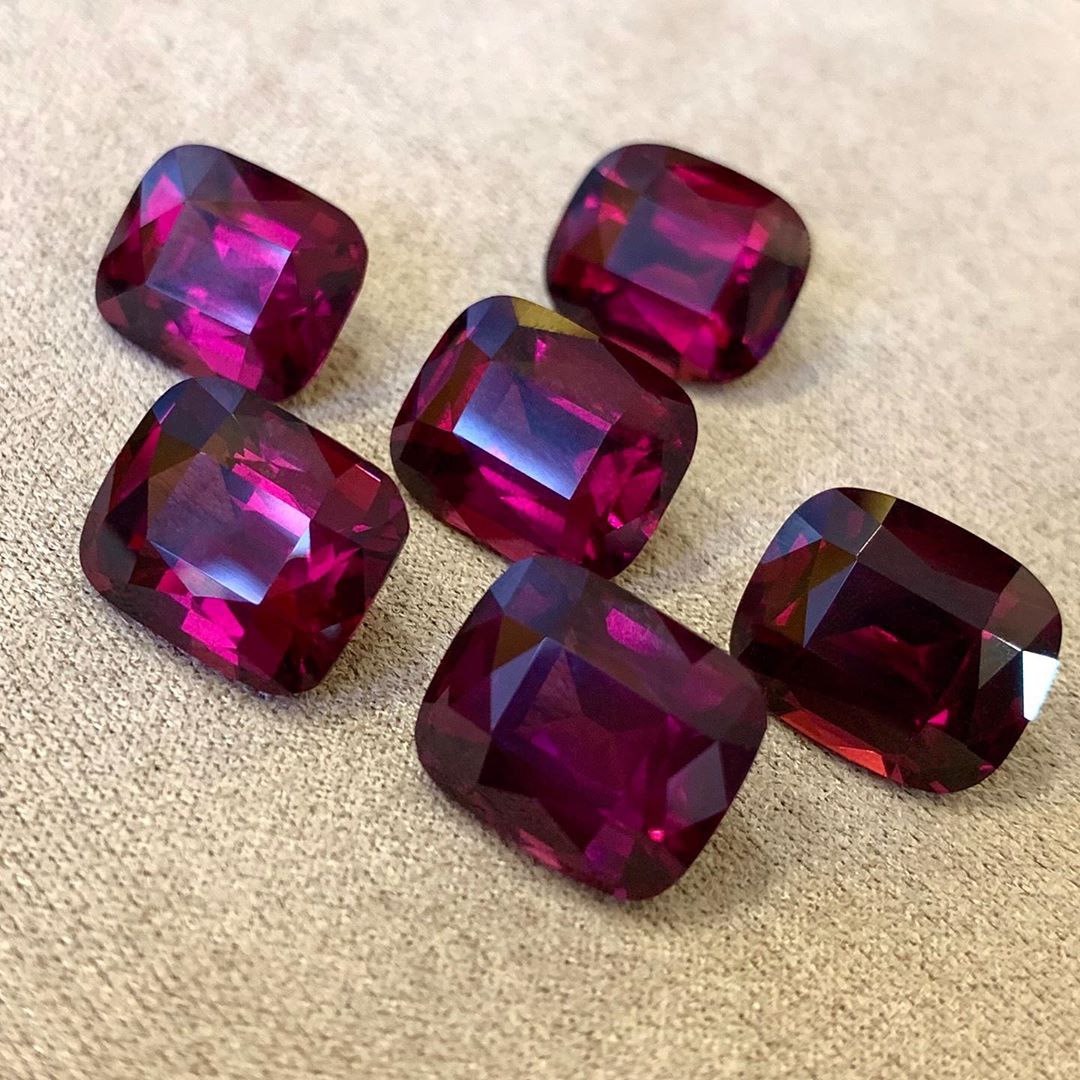 Rhodolite garnet is one of the most beautifu varieties of garnet mineral.

In general the garnet mineral has been known since ancient times. Even the ancient Greeks and Persians made jewelry with it. The Romans named it «carbuncle», and the Greeks — «anthrax», in Russia it is also found in references as «worm» or «bechet».

In the 13th century garnet got its name «like grains» from the chemist Albert Magnus, but only in the 19th century «garnet» became not just a gemstone, but a whole group of minerals, among which rhodolite takes a separate place.

Rhodolite is mined in Kenya, Tanzania, Sri Lanka, Madagascar, also in Zimbabwe, USA and Scandinavia. From ancient Greek «rhodolite» is translated as a «rose stone», and its actual shades really range from to .

The most valuable rhodolites are big pure crystals with a deep hue.