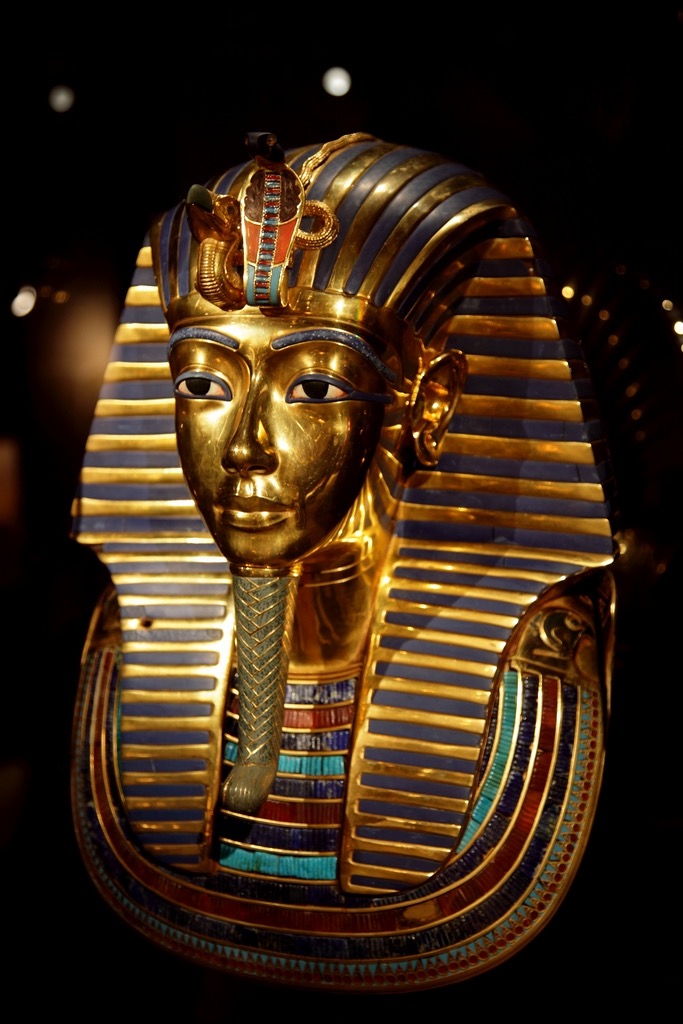 We often say - these stones were yet known in ancient times... or ... people wore these jewelry even before our era ... Let's see some examples of what was jewelry business like in ancient times.

And today we will tell about jewelry in Ancient Egypt.

Jewelry art was widely developed in Ancient Egypt. Why? First of all, there were several serious gold deposits located in Egypt, which made this material affordable, and, secondly, there was a great demand for jewelry. Absolutely everyone, regardless of gender, age and social status, wore jewelry. 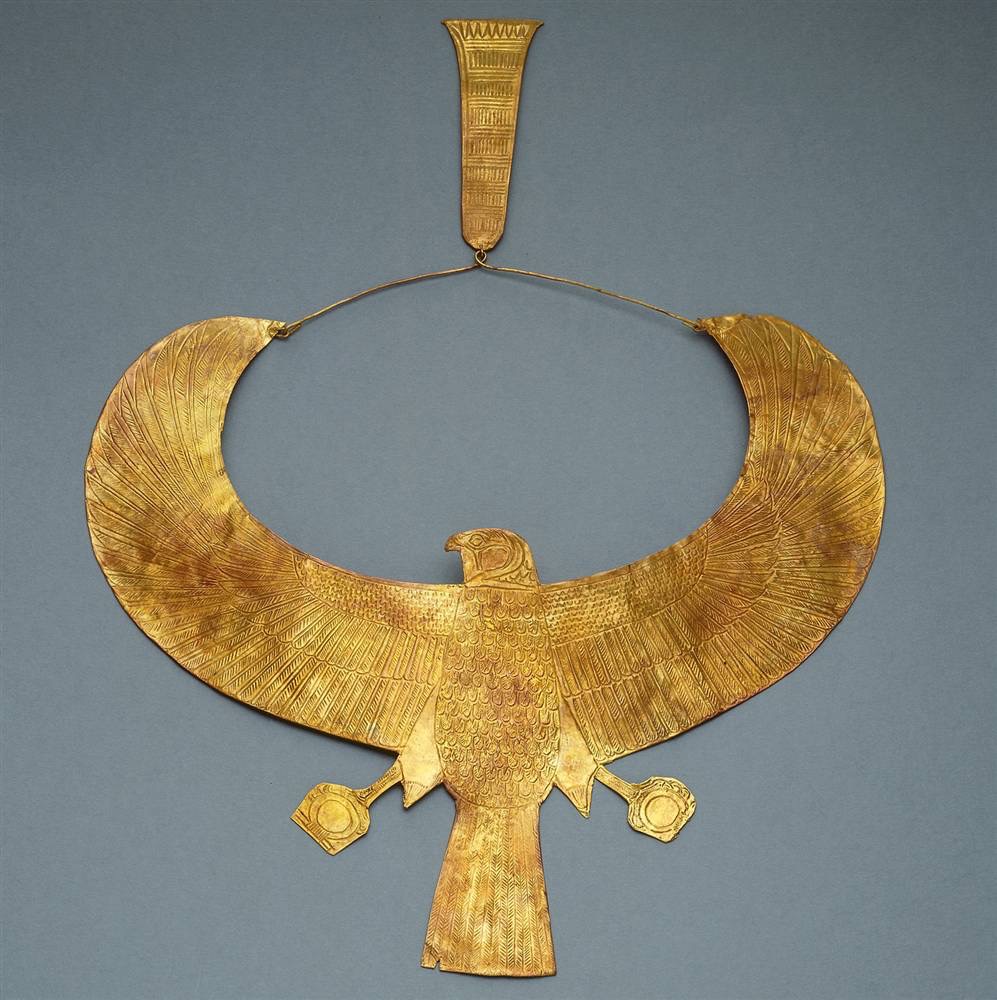 Gold jewelry from the tomb of Tutankhamun

Jewelers in Ancient Egypt mastered many jewelry making techniques. Most often they worked with gold. Using special additives, craftsmen could change its hue from light yellow to green. Gold was valued more for its appearance than for its cost, it was available at the time.

Iron was considered a rarer and more valuable metal, with which jewelers also worked: they made combs and hair ornaments from it. 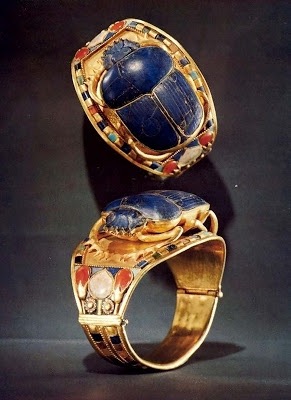 The fact that jewelry art existed already in Ancient Egypt 5 thousand years ago can be judged by the images and bas-reliefs found in the tombs.

They depict the complete process of creating a piece of jewelry - starting from the processing of natural stone and metal to the moment when the finished piece is weighed and evaluated.

Workshops in the grounds of palaces and temples were engaged in jewelry making.

Most often, the Egyptians used amethyst, carnelian, garnet, rock crystal in jewelry, as well as lazurite, which was especially highly valued.

Transparent or colored glass and small beads, used as a basis for many bracelets and necklaces, or ceramics covered with multi-colored patterns were used for simple, inexpensive jewelry. The Egyptians loved bright and saturated colors, thus jewelers often used the enamel technique in their work. 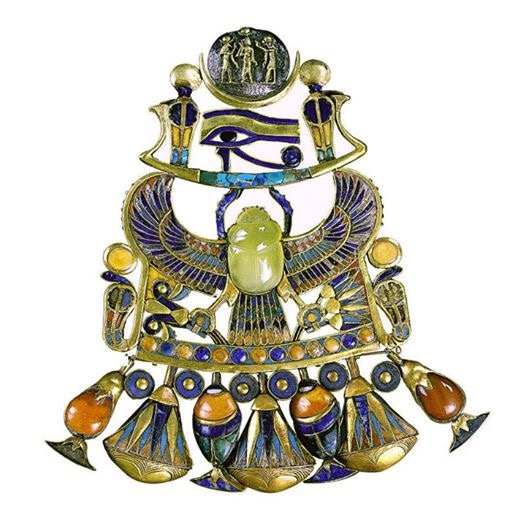 The images of the scarab beetle, which was considered a strong amulet, were very popular. 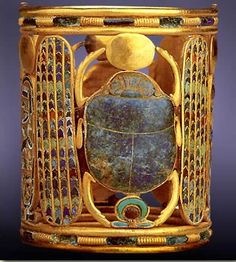 And also jewelry in the shape of an eye, heart or snake head. The latter was considered a symbol of the power of the pharaoh.

Almost all types of jewelry were known to the Egyptians. The most popular item was the necklace, which was worn by both women and men. Such necklaces were made from gold plates, beads or from pendants of various shapes.

The traditional ornament of the Ancient Egypt was usekh - a sun necklace, which was fixed on a leather lining and resembled a collar.

Pharaoh's usekh could weigh several kilograms, often this necklace was used as a reward for distinguished generals. 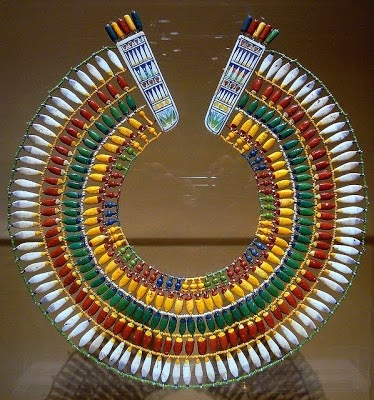 Bracelets were incredibly popular among both women and men. They wore bracelets on the forearms, wrists and legs. The male and female bracelets were often decorated with the Eye of Horus, which served as an amulet and protected the wearer from evil spirits and misfortunes. 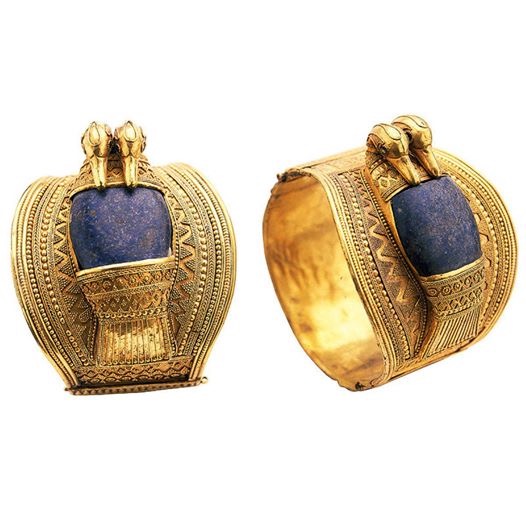 Two bracelets of Pharaoh Ramses II from gold and lazurites

Magical and religious properties were often prescribed to jewelry, that's why various talismans and amulets were common in Egypt.

Until now, ancient Egyptian motives are often used in jewelry. And they are still actual (after almost 5000 years !!!) 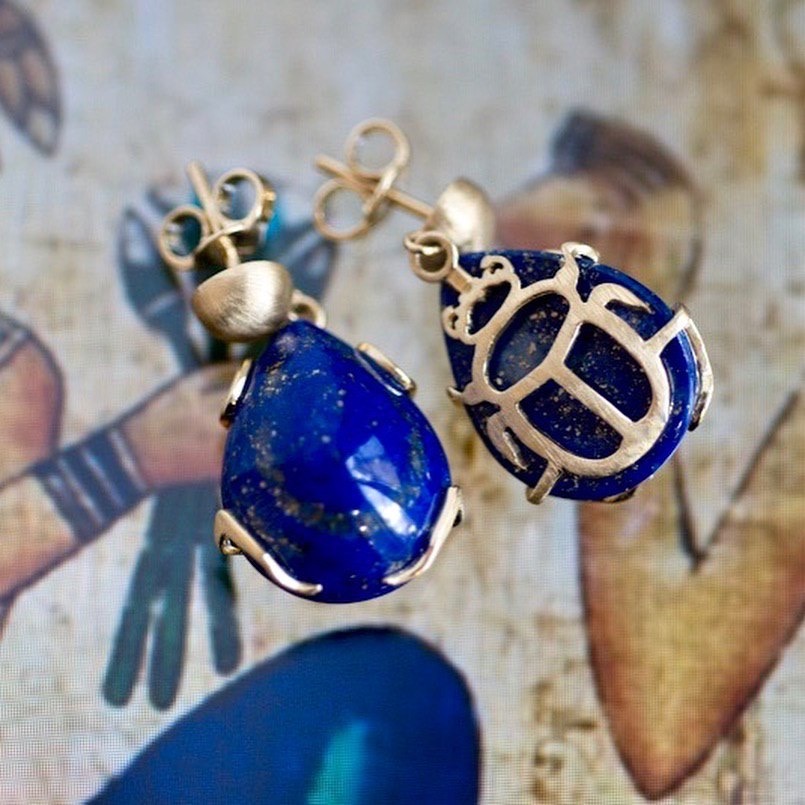