Jewelry in the USSR 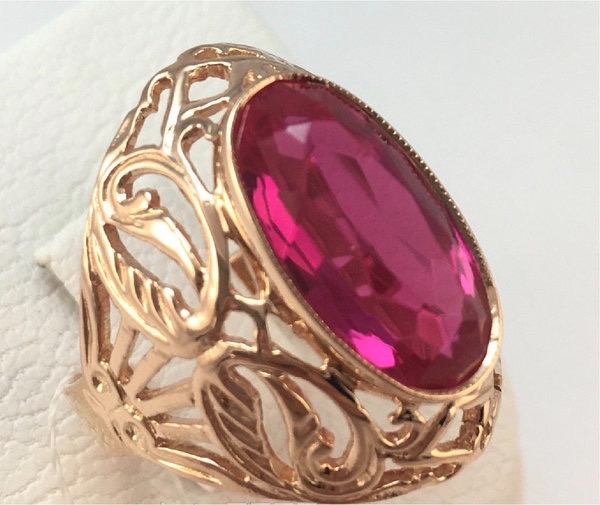 Are you familiar with such a piece of jewelry?

This is a striking representative of the Soviet rings with a ruby.

But how can this be? In capitalist countries, such rubies were very expensive. And nowadays they are still expensive. Natural pure ruby of this size should cost no less than $ 10,000

And here any Soviet woman could boast of such a jewelry.

Let's figure this out.

The USSR was a country closed for imports, providing itself with all the essentials. Thus, it is logical that jewelry was also made on their own with the stones that were mined.

Kimberlite pipe the "Mir" in Yakutia 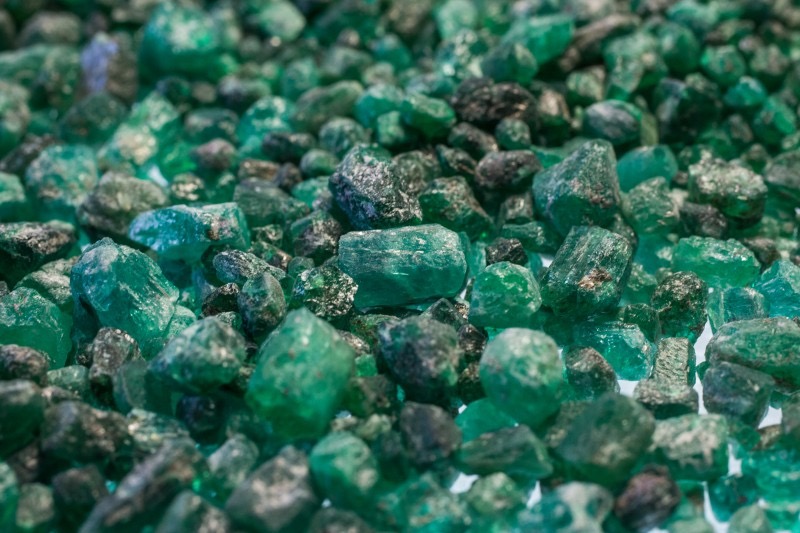 In 1955, diamonds were discovered in Yakutia, and in 1957 their industrial production began. So, there were diamonds in Soviet jewelry for sure.

Yet under the tsar, in 1833, the Malyshevskoye deposit was discovered in the Urals, where emeralds were mined. More precisely, just the deposit was discovered - the Mariinsky mine, and it received its name in 1927 in connection with the tenth anniversary of the Great October Revolution, in honor of the Ural revolutionary I.M. Malyshev. Thus, there were emeralds and, naturally, jewelry with emeralds in the USSR. 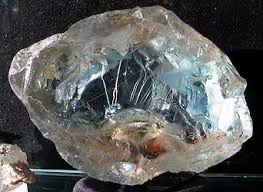 Under the Ministry of Geology in the USSR, a special association SoyuzKvartsSamotsvety was created, which was engaged in the discovery of deposits of various stones: topaz, citrine, rock crystal. The most famous of them are located in the Polar Urals, in Volyn (Ukraine).

The only thing is that usually all such stones were just a pleasant bonus, and were mined along with minerals important for the defense industry.

And, for example, the famous amethysts from the Vatiha deposit (the Urals), oddly enough, were exported instead of being used the domestic market. Thus, definitely there were some semi-precious stones in the USSR. 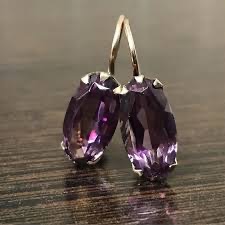 Products with alexandrite were also common. Yes, alexandrites were found in the Urals, as early as in 1834. But even then they were rare stones, and were very expensive. And this deposit certainly could not supply many Soviet women with natural alexandrite. 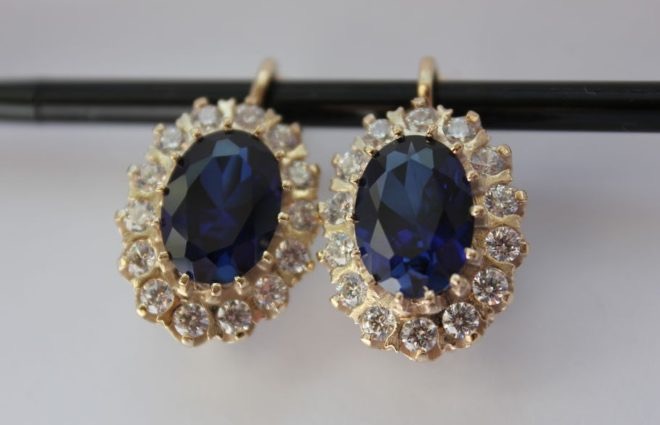 What about the sapphire. There were slightly fewer jewelry with sapphires than with rubies and alexandrite, nevertheless, there were quite many of them. Besides, no sapphires were found in the USSR at all.

A little bit of theory:

At the turn of the 19th and 20th centuries, the French chemist Auguste Verneuil discovered a very reliable and very cheap way to grow synthetic stones using a special oven. And with this he began the era of industrial production of stones, chemical and physical properties of which completely corresponded to those of natural ones.

Corundums grown by the Verneuil method are bright, clean and beautiful. 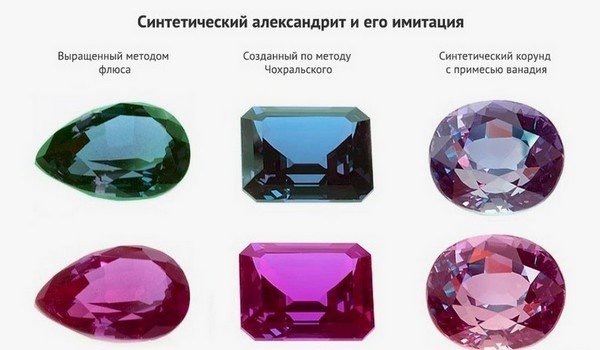 In the USSR, the production of synthetic corundum by the Verneuil method and other similar methods was put on stream at the highest level, because corundums were necessary for the production of watches and, later, lasers. 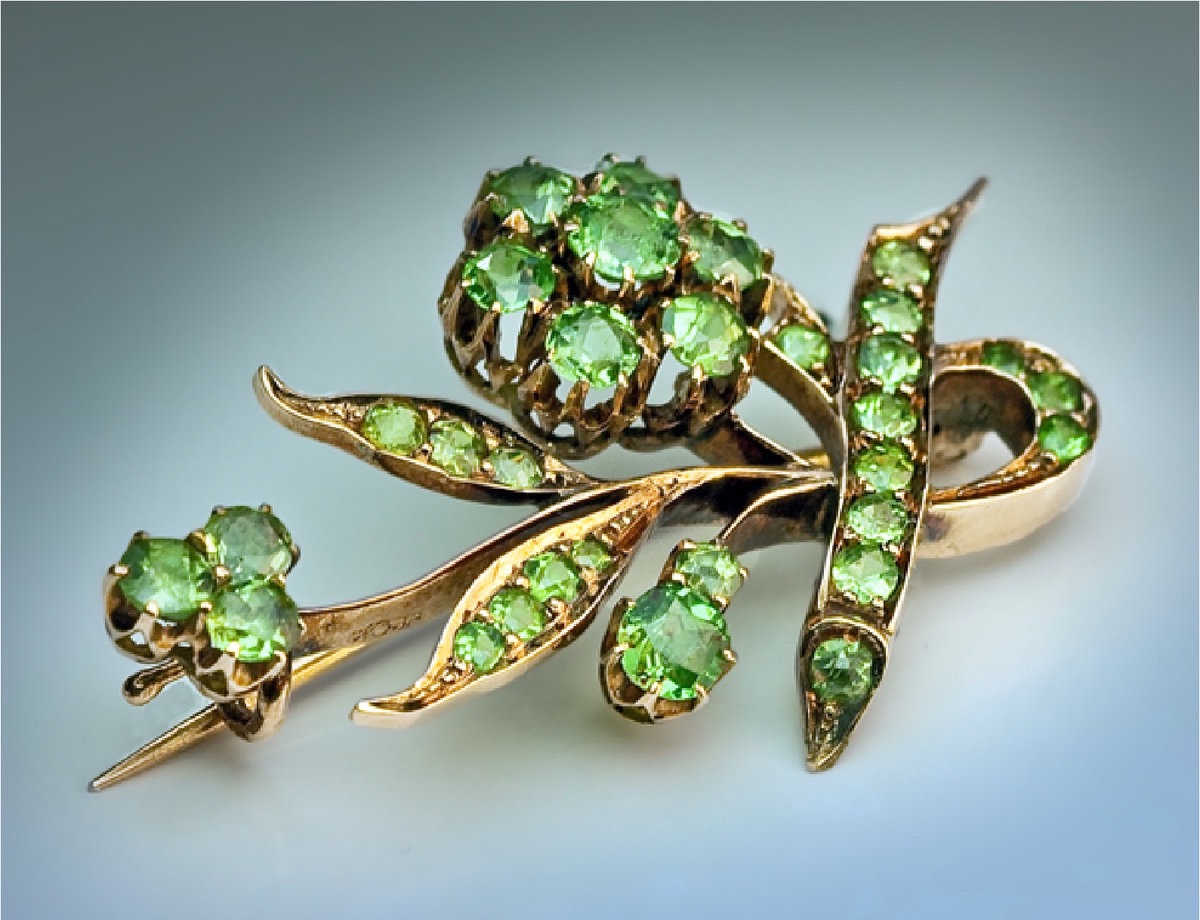 It was a veryyy profitable production: the cost of the grown stone was 5 Soviet rubles, gold was about 10 rubles on average, and the work of a jeweler was about 5 rubles. Thus, the entire cost of the jewelry was around 20 rubles. And the price of the finished jewelry in the store was not less than 200-300 rubles (!!!) Almost 1000% profit! 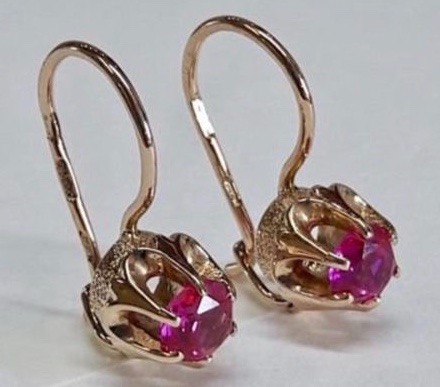 Therefore, all rubies, sapphires, alexandrites (sometimes tourmalines and spinels), which were sold in the USSR in the post-war years (before the war, jewelry production was usually small, mainly artel) are synthetic stones.

On the other hand, natural demantoids of very good quality, as well as amber, malachite, charoite and other semi-precious stones were used in jewelry.

And even if these jewelry are with synthetic stones, they are of very high quality, made according to strict Soviet GOST standards from red 14k gold. Now they can be called vintage for sure.

And they can rightfully be called family jewelry.