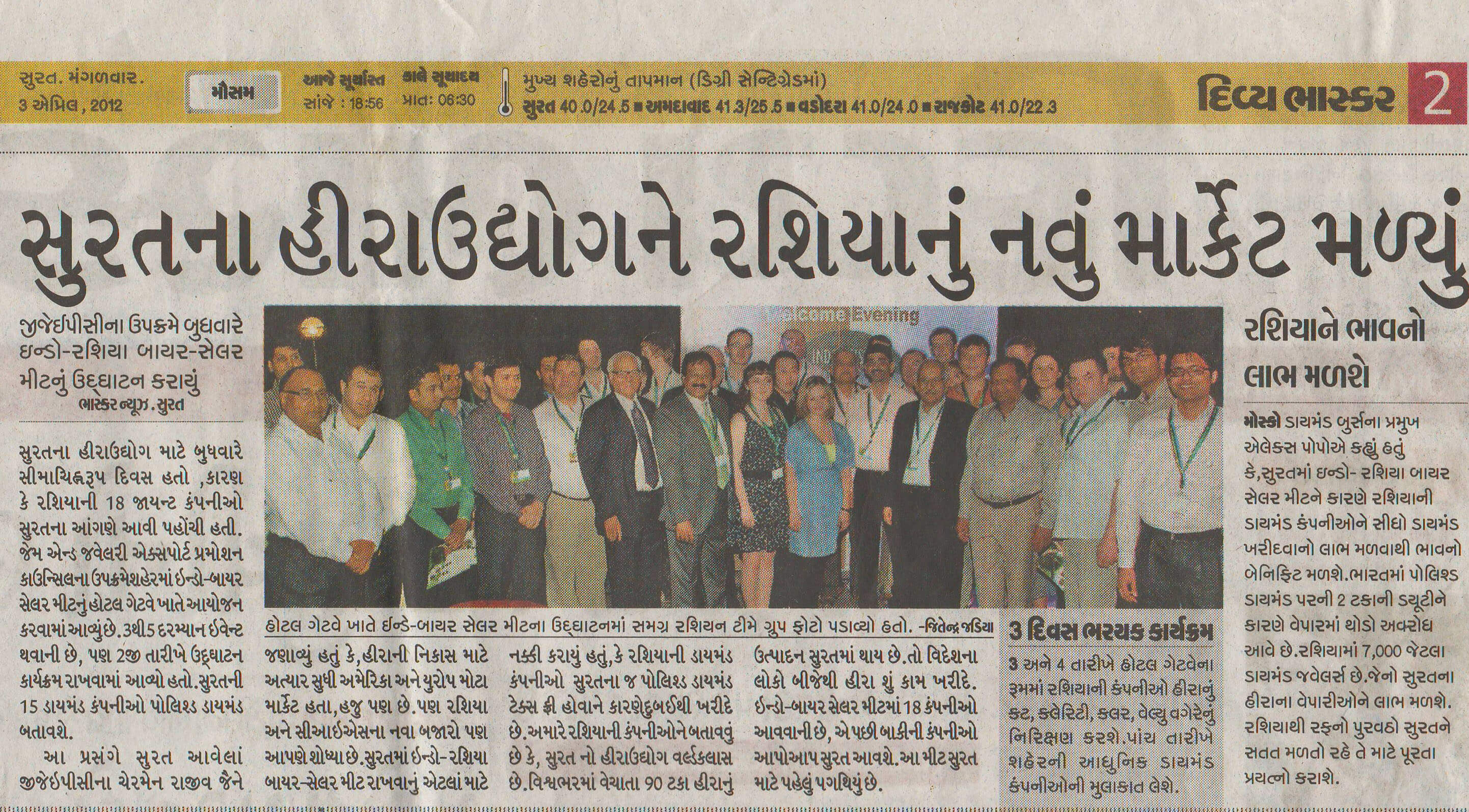 On April 16, 2012, the first Russian-Indian summit of participants of the diamond industry was held in Surat (this is the continental part of India). And we were lucky to visit it as invited participants.

The summit was organized by the Indian Gem and Jewelery Export Promotion Council (GJEPC) in conjunction with the Moscow Diamond Exchange.
It was created specifically to make the meeting of Russian diamond buyers and Indian suppliers and it was attended by more than 15 Indian manufacturers and about 30 representatives from the Russian jewelry industry.
During three days we were given the opportunity to negotiate with all representatives of the Indian side, visit cutting factories for our choice, conclude contracts and, most important, to check and enjoy a huge number of diamonds - from smallest sizes to almost indecent ones. 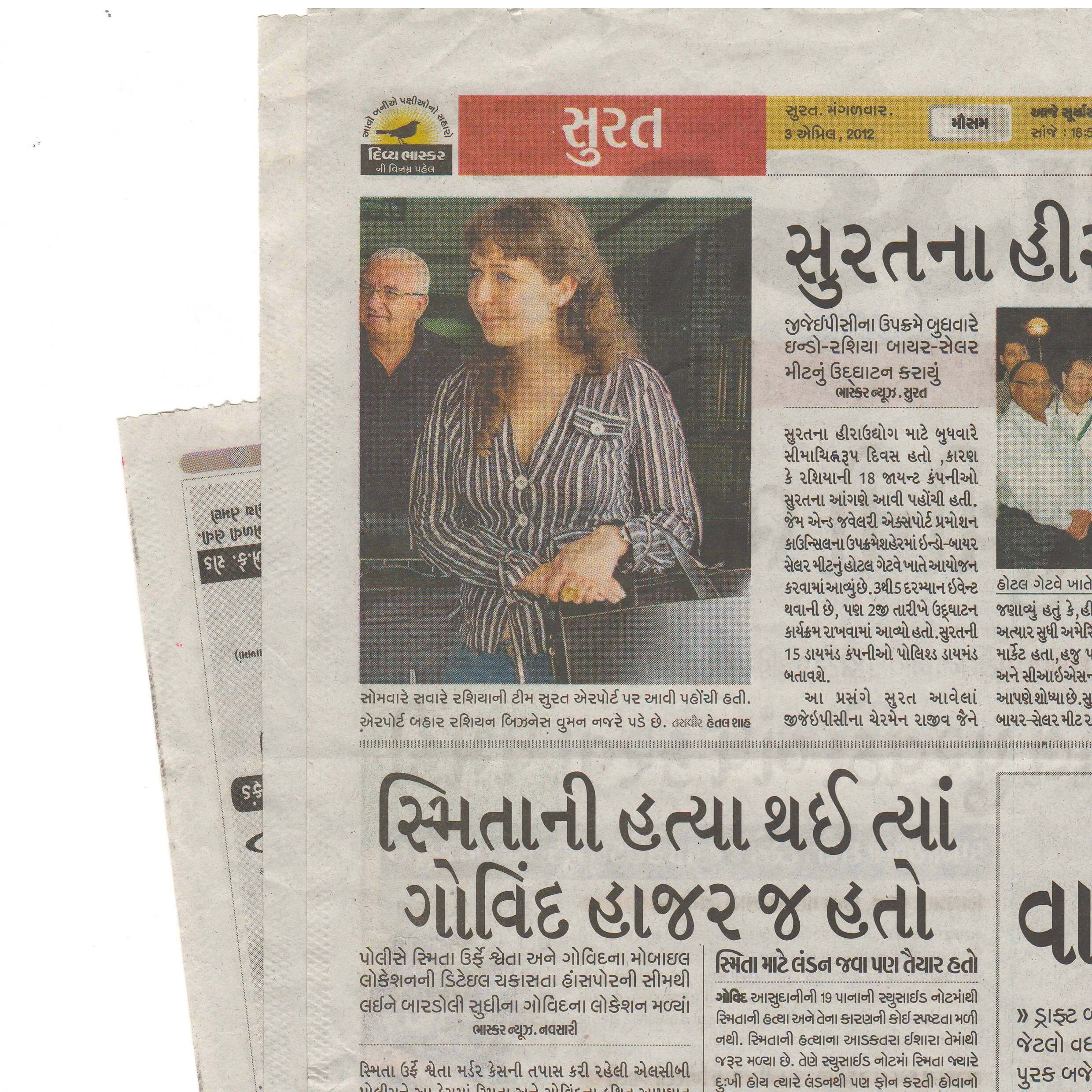 Surat - સુરત - is a city in western India, in the state of Gujarat, known as the city of flowers. It is located 306 km south to the state capital, Gandhinagar, on the left bank of the Tapti River.
Surat is considered as the world center for diamond cutting; the largest diamond production in India is located in Surat, there are about 500 thousand cutters.
After cutting in Surat, the finished diamonds are sent to exchanges in Mumbai, and from there they are distributed throughout the world market.
To understand the volumes - in January 2020, Surat exported polished diamonds for about 117.57 billion rupees (about $1.59 billion), in 2019, the export of polished diamonds in January waa about 123.65 billion rupees (about $1.68 billion). 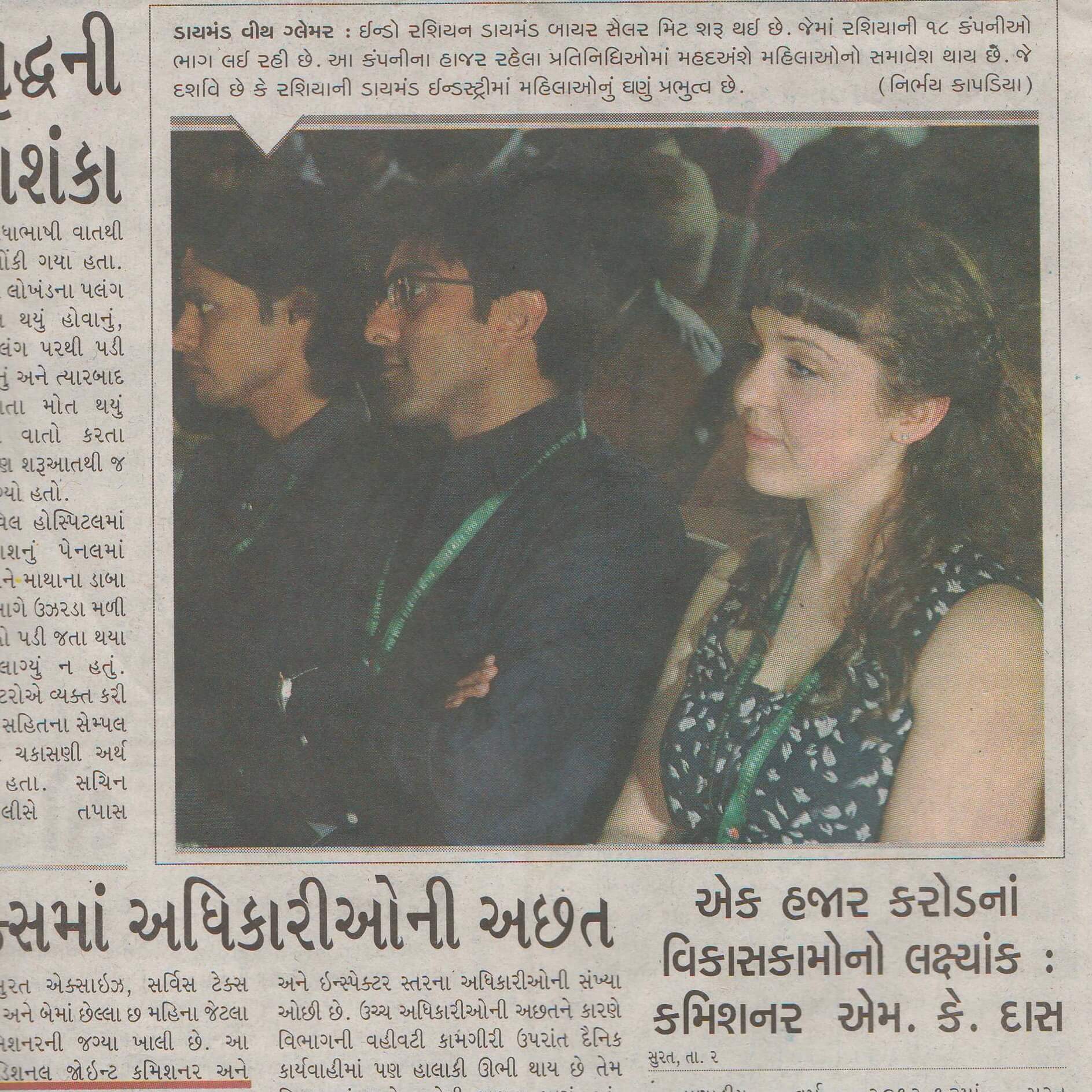 This summit was very important and responsible event which was in the Indian newspapers, and we were there also. We are publishing a translation of the interview in which we were asked to share our impressions of both the summit and the trip, and, most important, about Indian cutting companies: “The Russian-Indian Diamond Summit is a unique phenomenon in the jewelry industry. Unlike international exhibitions, the summit allows a much deeper acquaintance with the activities of the participating companies. The buyer has the opportunity to check the product from various suppliers, as well as negotiate directly with competent decision-makers. In addition, the summit is attended by precisely those Indian companies that are interested in entering the Russian market, and those buyers who are ready to cooperate with the Indian side. Thanks to the summit, we were able to get acquainted with a number of leading companies, which in the future can supply those products that will be in demand and interesting to our customers. In addition, the Indian cutting industry has changed radically. The summit participants demonstrated an amazing level of production. We think that the contacts with suppliers that were established during the summit will help our company to establish stable and reliable relations with Indian partners "